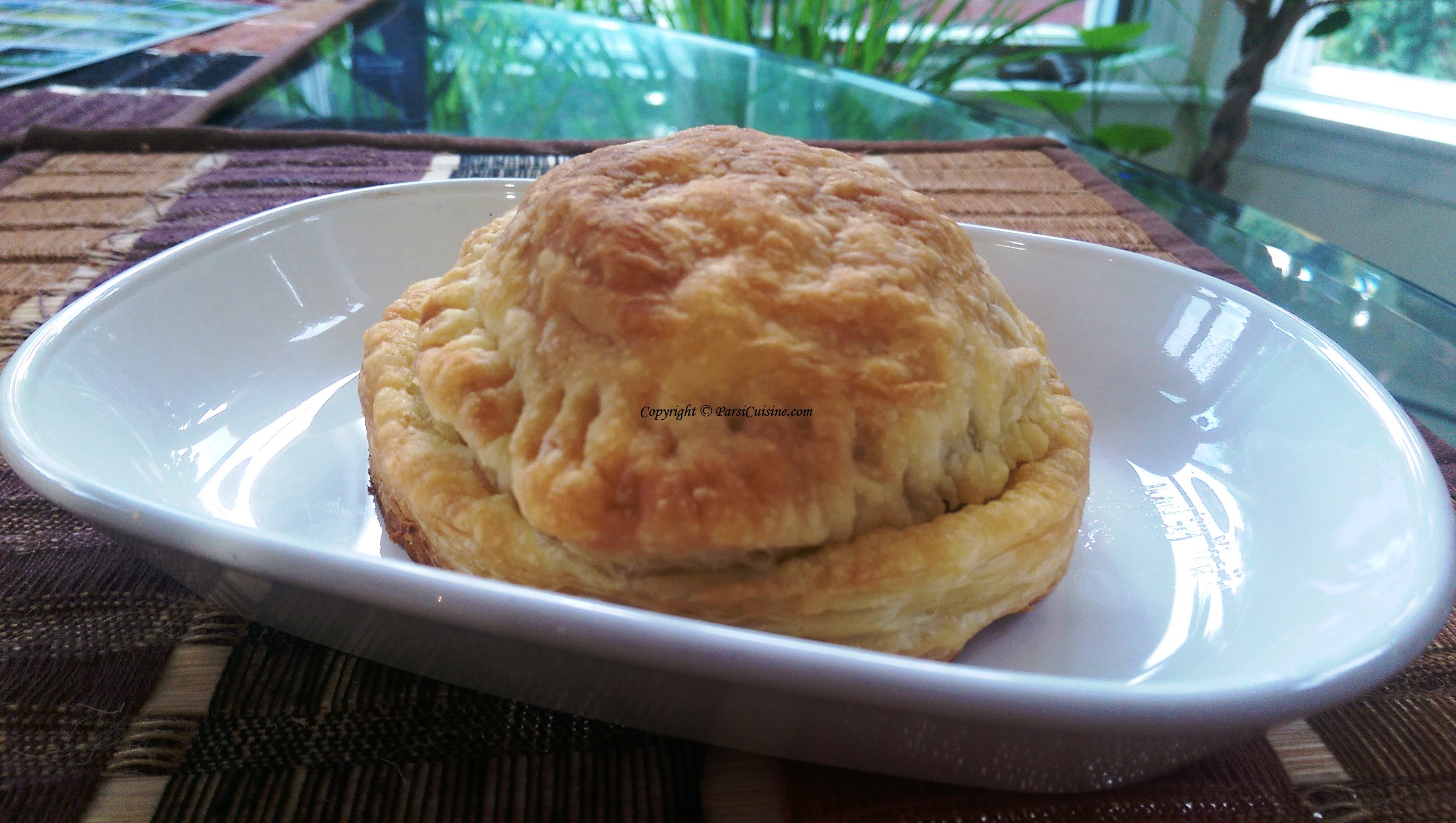 Unroll Puff Pastry sheets and cut into round circles.

Put one kabab between 2 rounds of the puff pastry and press with a fork to seal.

Bake in 400 degrees oven for 25 minutes or till golden brown.

Purchase groceries from HERE – helps us maintain this website.