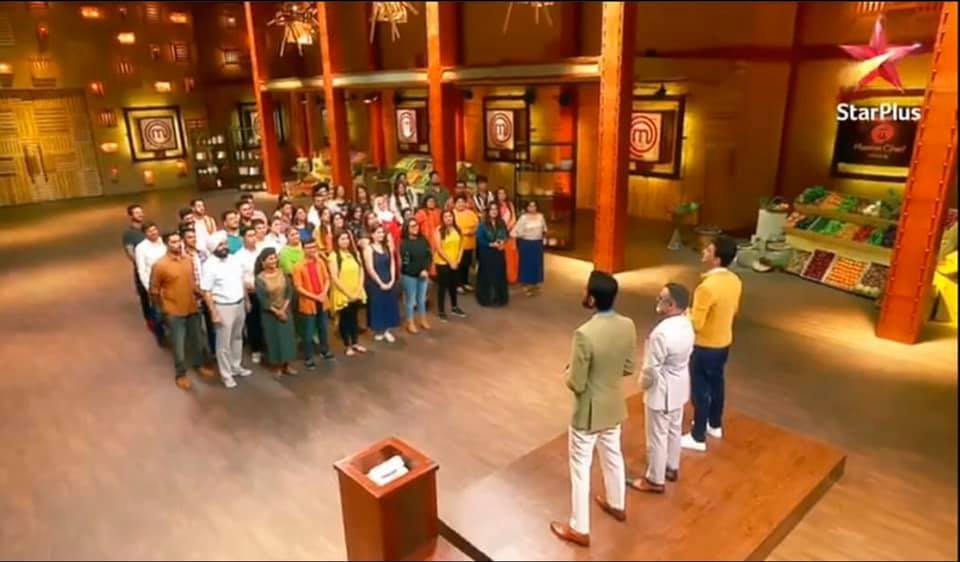 The dream of being in that kitchen finally came true !!
The Masterchef Kitchen !!!
Standing in front of these judges and making them taste my food was the best experience ever ♥️
I got the extraordinary opportunity to promote my ideas about how I want to preserve my culture.
Top 40 in India !!
Stay tuned for this !
Coming soon on Hotstar and Starplus 😋

Hyderabad-based Danish Bhagat is among the 40 top contestants in the sixth season of MasterChef India.

Danishi Bhagat, a 22-year-old Hyderabadi is one of the top 40 contestants of MasterChef India, Season 6. The youngster, who was among the top 60 in 2016, is fighting for the title the second time.

“I want to showcase the Parsi culture and cuisine to the world,” says Danishi, adding she’d like to one day work with Vineet Bhatia, one of the top international chefs.

Talking about her stint on the show, the youngster says, “I had to stay in Mumbai for three weeks and train in many things. There, I made a Parsi dish called dhansak kebab, for three world-class chefs using my grandmother’s recipe. And Vineet Bhatia, whom I really look up to, was one of the chefs I served it to. That was a dream-come-true.”

The youngster also talks about how the chefs appreciated her hopes to preserve the Parsi culture. “They were very encouraging, saying that with a little more practice, I’ll go even further. And they kept giving me tips to maintain my confidence, asking me not to think about the camera in front of me when cooking,” adds Danishi.

Acquiring a taste for cooking
The 22-year-old tells us that she started cooking at the age of nine. “One day, when no one was home, my grandfather asked me to get him a snack-box from the kitchen as he was hungry. But I decided to climb up on a stool make an omelette for him instead. He loved the omelette. I’ve been fascinated about cooking since, and my mum and grandmother have only encouraged me,” says Danishi, who started baking at the age of twelve and began taking sale orders when she was only thirteen.

Danishi, who has a blog page called The Cupcake Makeover in which she talks about her passion for cooking and her love for Parsi cuisine, calls her grandmother her inspiration and the one who taught her to cook Parsi food. But the world seems like Danish’s playground, for the Mass Communication and Journalism graduate from St Francis College who dreams to open a Parsi restaurant serving authentic Parsi food, says she’s also fascinated about filmmaking. “I’d like to learn filmmaking too. I’d like to have my own cooking channel and shoot for it and promote it myself,” adds Danishi, revealing she’s even tied up with a private company for her food channel.

Serving up her dreams
The ambitious cook, who also hopes to head to Hollywood if she got an opportunity to study filmmaking, says acting is another passion of hers and that she’d like to act too when she starts her own channel. But Danishi’s fondness for all things film may also go back to her father Shyam Bhagat, who’s been in Tollywood for more than thirty years, as a part of Sravanthi Movies. Shyam, we’re told, is in production, supplying cameras and lights. And even as Danishi’s parents aren’t too keen she joins the field, Danishi hopes to work on her own terms.

Danishi has been shot for three episodes in the upcoming season of MasterChef India, and two has already been broadcast. But the young woman is already geared up for the seventh season of the reality show. “I am hoping to enhance my skill even more as I go further,” she says simply.