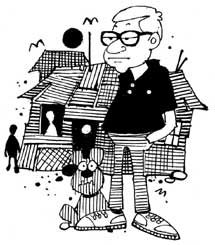 Some FUN reading:
😍😍 BusyBee (our very own Behram Contractor) on Parsis

A few Words about Parsis, most lovable & peace-loving people:

The first Parsis I knew were statues. There were scores of them, all over Bombay (now Mumbai), most of them wearing glasses: Dadabhoy Naoroji, Pherozeshah Mehta, Jamshedji Tata, Cowasjee Jehangir, Bomanji Petit, the Khada (standing) Parsi at Byculla Bridge.

Later, I met other Parsis, at the Central Bank, Cusrow Baug, Rustom Baug, Albless Baug, Cama Baug, Godrej Company (find me a Parsi house
and I will show you a Godrej steel cupboard in it), Colaba Agiary,
Bombay House, piano recitals by Austrian pianists at the NCPA, Ripon Club.

Most of the Parsis I know are Bombay Parsis, the older ones born at Dr. Temulji’s lying-in hospital f or Parsi ladies, the younger ones
delivered by Dr. Rusi Soonawala (Aapro Rusi). But there are also Delhi Parsis, Calcutta Parsis, Udwada Parsis, Toronto Parsis, one or two Mhow Parsis, Karachi Avaris, Minwallas, Sethna, etc. They are spread all over the world.

Whoever says that the Parsis are a dying community does not know what they are talking about. The Delhi Parsis are mainly Bombay Parsis now settled in Delhi, such as Soli Sorabjee and Fali Nariman. The Bombay Parsis themselves may be divided into further categories.

Putting aside the abuse words, I refer you to ‘faregaat’. It is what a Parsi does when he returns home after a hard day at the office. He has a wash (Godrej or Tata soap), removes his clothes, and gets into a ‘sadra’ and ‘lengha’ and settles down in the easy chair with his legs stretched along its extended arms, sipping phudina tea. That is being ‘faregaat’, changing into sadra – lengha and relaxing. Say the words slowly and gently extend it: ‘fare-gaaat’.

There are several other such words and phrases: kit-pit bandh ker,
dahi na kar, doodh pau. Doodh pau is a somewhat goody-goody person, a bit of a sissy. I invite the members of the community to add to my collection. That takes care of the language, though most of them use English.

They are very fond of things English and particularly the English
royalty, though that does not mean I am questioning their loyalty one bit. On that score they are unimpeachable. When I first visited
London, a Parsi friend took me to see Buckingham Palace – from outside naturally, in those days they did not issue tickets to wander around the palace. We stood at the gates, he pointed at the palace, and said, “Aapri rani no mehel.”

Every Parsi takes a proprietary interest in the Taj, in Baliwalla &
Homi, Bombay’s opticians since time began, and Air India when JRD Tata was the chairman. Even Rajiv Gandhi was aapro from his father’s side.
Aapro Rajiv aaje hote toe he would have ,,,,, (add your thought here).

On Parsi New Year, one of the 3 or 4 New Years they have in a year, in the morning, a couple of Nankhatai Bands will come over from Pydhonie to Cusrow Baug and with a great flurry play Sare Jehan Se Acha and Colonel Boogie’s March in front of whichever flat (apartment) pays them. There will be prayers at the two major fire-temples at Dho bi Talao and vermicelli, Sev-kheer, and sweet curd with rose petals, marghi na farcha and dhan dal and kolmi patia at home.

Featuring my published cookbooks. “Manna of the 21st Century Parsi Cuisine” and other affordable paperbacks and ebooks. If you need assistance, please contact me Rita@ParsiCuisine.com to purchase. Available on Amazon. Thanks - Rita Jamshed Kapadia