Celebration for the centenarian 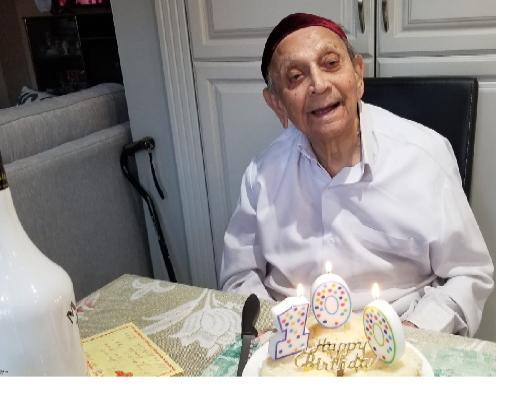 Celebration for the centenarian

Keki Pirojshah Illava of Mississauga, Ontario, Canada who is celebrating his 100th birthday on June 7 epitomizes the Parsi approach of “khaaavo, piyo ne majah karo (eat, drink and be merry),” notes a brief write-up by Meher Panthaky, erstwhile director of the Ontario Zoroastrian Community Foundation. He eats his favorite British breakfast of eggs and bacon every day and loves his Parsi bhonu of marghi and gosh, dismissing any vegetarian dish as “Ai su ghas phoos? Bota kah chhe (What is this fodder? Where is the meat)?” Come October and he will ask “khariya (trotters)?” He enjoys his tipple of “Old Monk” rum and champagne, with mango ice cream being his favorite dessert.

Lovingly addressed as “Keki Pappa” by family and friends, with his strong will power, at the age of 98 he made the arduous journey to Bombay to attend grandson Nekzad’s maratab ceremony. Undeterred by a weak back, he insists on being independent and refuses to use a walker.

Before relocating to Canada in 2002 to be in the company of his son Aspi and family, Keki was in London, UK, working at the Heathrow airport for over 37 years. The Bombay born centenarian spends his retirement years “reading all available newspapers (ask him anything on current affairs), solving crossword puzzles and watching wrestling” bouts on television with a gleam in his eyes, reports Panthaky. He loves English poems and couplets and when in the mood will very sweetly recite some beautiful verses.