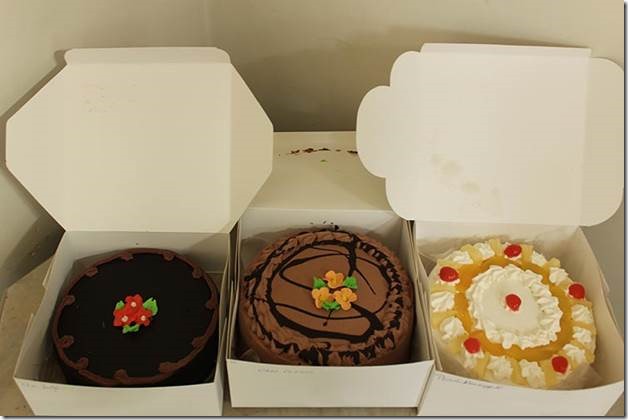 January 16, 2019January 16, 2019 By ParsiCuisine.com No comments
The Parsi community in Karachi has always been a minority, but one that has left an inimitable legacy. Late Jehangir Framroze Punthakey, in his book, The Karachi Zoroastrian Calendar, called the Parsis, “the makers of the Karachi of today.” They belonged to the elite in Karachi, with the city’s first mayor, Jamshed Nusserwanji, also belonging to a Parsi family. Be it institutions like The Mama Parsi Girls’ Secondary School and the BVS Parsi High School, or infrastructure facilities such as the M.A. Jinnah Road, the Parsi community has significantly contributed towards Karachi’s history and heritage. Article by Farheen Abdullah | Youlin Magazine While families like Minwalla and Avari invested into five-star hotels and fine-dining eateries, others chose to adapt a humbler approach towards satisfying the appetites of Karachiites. In the latter category, Cillie’s has remained the market leader for creating delicious baked goods. Situated inside a 100-year-old house in Parsi Colony, Karachi, Cillie’s stands as a reminder of the inclusivity and tolerance that used to exist in Karachi post-partition, and how the minority communities still survive here in peace and harmony. Upon entering the neighbourhood, which once housed many Parsi families, most of whom have now migrated to the West, a prominent shift in the city’s energy can be felt. With low fenced houses, and single and multi-storey buildings, the locality stands in stark contrast with its adjacent areas of Saddar and M.A. Jinnah Road, which are full of the pollution of a bustling and congested metropolis. Driving into the quiet and calm streets of the Parsi Colony, the visitors are transported to a different zone, where their eyes do not meet high-rise glass buildings, but are instead welcomed by old brown stone structures with big windows and balconies, showcasing architecture from the late colonial period. In a city known for its rising crime rates, the houses of Parsi Colony confidently keep their gates open and their walls low, without any of their guests worrying about security. Cillie’s too, keeps its main gate open for visitors to walk in without hesitation. Moreover, even though the house has no signboard for the bakery, one can always rely on passerby’s for directions and be guided straight towards the popular destination near the community park. Though the structure is multi-storey, the business itself functions through a small window on the ground floor. With four delicate steps leading up to the window, and a swing placed on the porch for visitors to sit on as they wait for their cakes, Cillie’s looks nothing like a mainstream confectionery, yet immediately gives a warm homely feeling.

The staircase leading upto the house

Can you spot the window which has delicious secrets hidden inside?

The business started in a house in Garden East, nearly 50 years ago, and was founded by a Parsi lady named Cilly, who now lives in Texas. However, the bakery was moved to its current location thirteen years ago, when the owner sold the previous house. The house in Parsi Colony is owned by a sweet lady named Bakhtawar, who greets the visitors personally, and even takes the newbies through the variety of desserts that they serve, ensuring great customer service. Serving a range of desserts at surprisingly reasonable prices (some of which are as low as Rs.300 for a full cake), including plain cakes, butter icing cakes, and ice creams, Cillie’s was actually the first bakery in Karachi to introduce fresh cream cakes. Though their menu now has 16 different flavours of fresh cream cakes, their classic plain cakes remain hard to beat. The marble cake, especially, is soft and succulent, and serves as a perfect combination with evening tea.

While all desserts are entirely homemade, along with the mousses and creams used for the cakes, only a few delicacies are available for walk-in customers. All other orders need to be placed at least a day before. Since Cillie’s does not have a dedicated social media profile, their main source of publicizing the place remains word of mouth, along with the strong network of fans that Cillie’s has acquired over the years. In fact, the delicacies remain so popular amongst the Parsi Community that Naushad Mehta, Cilly’s son, has opened an outlet of Cillie’s Cakes in Houston, USA as well, and word has it that their products taste equally delicious.

Karachi may have witnessed the birth of numerous new and fancy cafes and bakeries in the last few years, but to say that the best flavours of the city are hidden in quiet corners like Cillie’s would not be an exaggeration. Cillie’s is a perfect representation of the strength of the Parsi community and how dedicatedly they have always served the people of Karachi. Though only a few Parsis remain in Karachi now, the community and its contributions need to be preserved as much as possible, and given the same level of respect as their Muslim counterparts. This post first appeared on www.youlinmagazine.com