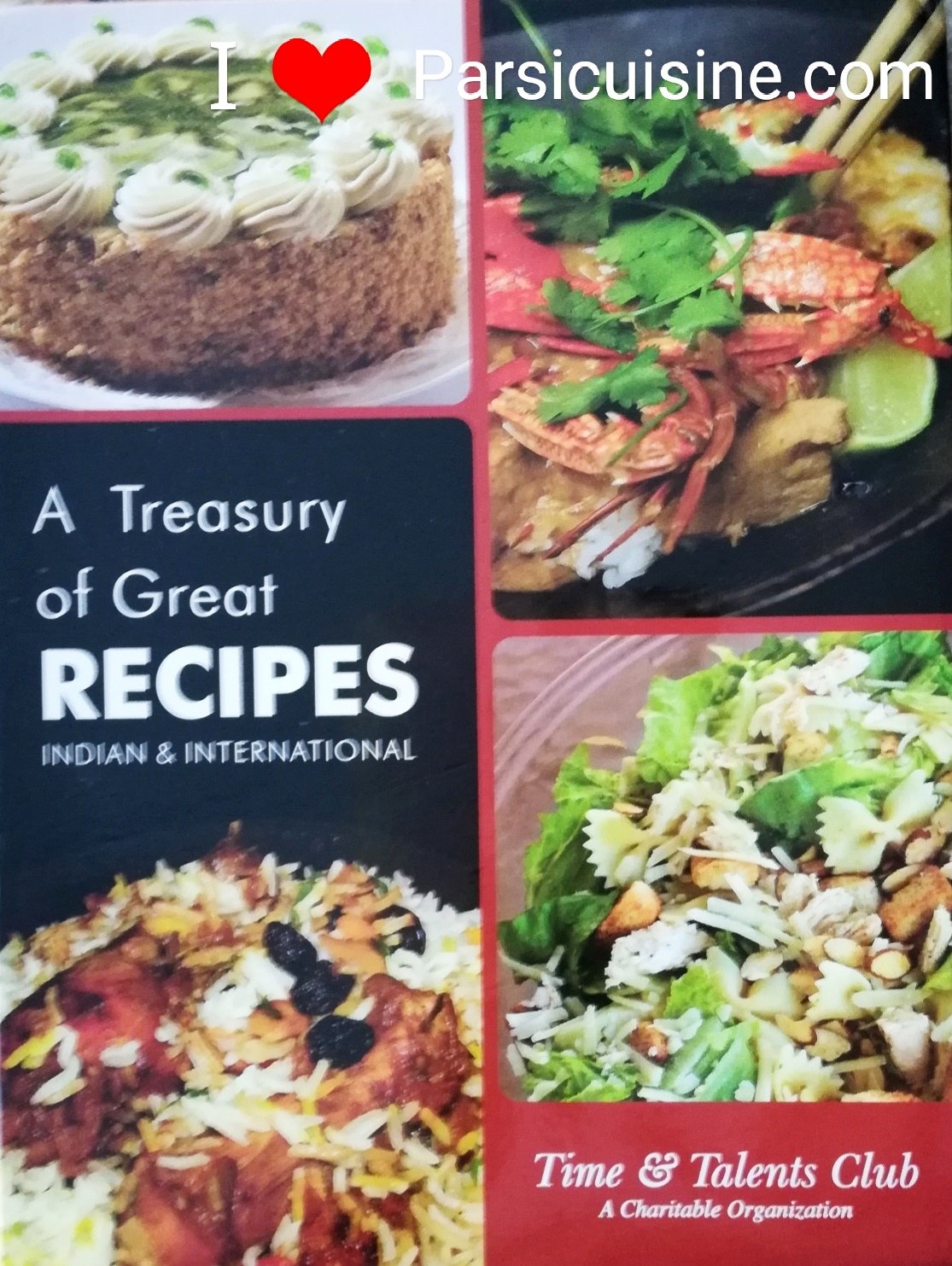 Kunal Vijayakar looks back on Victory Stall, forgotten gems and one of the most precious recipe books in the city’s history.

Goolu, Siloo, Sheroo, Dolly, Polly, Jeroo, Aloo. These names sound like they come from another world. You could actually imagine all of them sitting around cups of tea, Swiss rolls and banoffee pies or maybe chutney sandwiches and lemonade, cut-glasses covered with doilies, counting out the threads of a silk cross-stitch pattern. Maybe the batch of 1943 of the All Parsee Crochet Society. Frail powdered ladies with their pearls furiously swaying as they gingerly fox-trotted to the strains of ‘The isle of Capri’. And you’d be half right. These are the ladies of the Time & Talents Club, and if I may say so, the pick of Bombay high society in the day.

My first brush with what they were up to was when I was a young boy. In the ’60s and ’70s, tucked between the old Royal Bombay Yacht Club (now a sea-facing, restored part of the Department of Atomic Energy) and Pier No 1 at the Gateway of India, was a small café. It was called Victory Stall.

Along the stone wall of the pier, where the waves of the sea lashed gently, were chairs and tables where you could sit, look out over the harbour and order a dhansak. The café, run by the Time & Talents Club, was driven by Villie Mehta, under whose hawk eye and wagging finger this iconic Parsi dish was freshly cooked every day.

Villie could be credited with introducing the world to the unbelievably delicious, then-unknown world of Parsi cuisine. The crowds at the tiny Victory Stall included all kinds of people. Upper-class Parsis, straggling tourists, guests from the Taj Mahal Hotel just a few yards away, and anyone who had been consumed by the flavour of her robust, dark, spicy and thick Mutton Dhansak.

But long before Villie Mehta started popularising the food of the Parsis at Victory Stall, the Time & Talents Club, founded in 1934 by Gool Shavaksha, their membership predominantly championed by Parsi women determined to preserve their community’s unique culinary traditions, decided to publish a book of recipes collected from grandmothers, mothers, aunts and cooks, from fairly distinguished Parsi homes.

No surprise, then, that the book featured a huge bunch of recipes that went beyond Dhansak, Dhan Dar Patia, and Saas ma Macchi and included delicacies such as Shepherd’s Pie, Chicken Mousse a la Pineapple, Hungarian Ham Rolls stuffed with Liver Pate, Fish Roxanne, Cauliflower with Green Pea Sauce, and Gateau St Honore, dishes which I could only assume were served up in Vintage Royal Doulton crockery as a matter of course, in old wealthy Parsi homes.

The legend told is that the women members of the Time and Talents Club would meet every Saturday, with three dishes each, brought from home. They would then taste the dishes, discuss the dishes and argue about the dishes until they finalised the three best dishes, whose recipes would feature in the cookbook. Over several years, they collected hundreds of these recipes that remained faithful to those who had cooked them in the first place, and compiled them as a thick book called The Time & Talents Club Recipe Book.

Around 10 years ago, I went looking for this cookbook, and the only place I could think of to start at, was Victory Stall. Of course, it doesn’t exist anymore, but in a small room right on the pier was an old man who pointed me in the direction of an old office. The Time & Talents Club still had an office in the Atomic Energy building, albeit just a few tables.

I managed to buy myself a spanking new copy of the book and a smaller 2004 edition of Millennium Recipes. The books contain chapters such as Cooking with wine, Flaming food, Home bottling and preserving, Sweets and toffees; and dishes like Chicken Frill Cutlets by Mary C Jamsetjee, Crab Dip by Ayra Cama, Pate de Cervelle (Brain Pate) by Aimai Adenwala and anything and everything traditionally Parsi.

These two books are the pride of my kitchen. And though I have cooked from them very, very occasionally, I just love the idea of owning a piece of Bombay history.

NOTE: Here is a 2012 edition commemorating 78 years of the Time & Talents Club.

Our first edition of cookbook Manna of the 21st Century by Rita Jamshed Kapadia has been compared to the NOTE: Here is a 2012 edition commemorating 78 years of the Time & Talents Club.

Kat, suggest making the favorite dish of the passed away person in his or her honor.