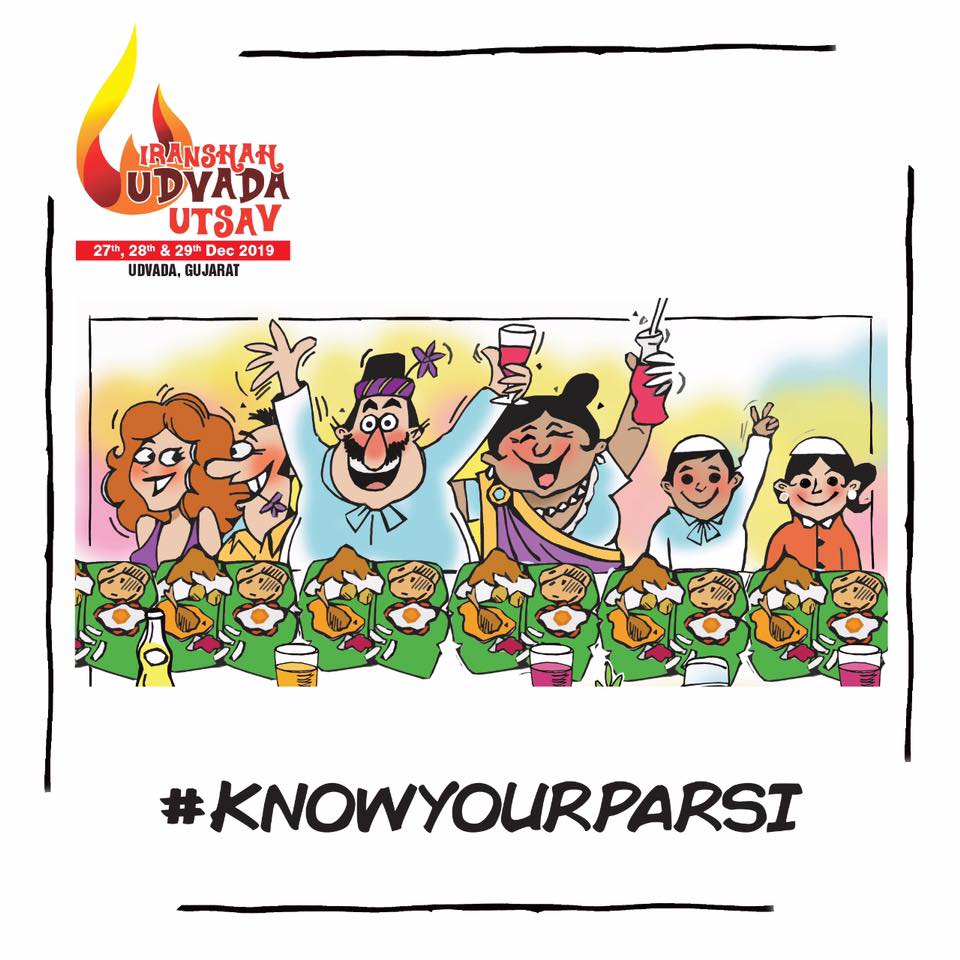 #Parsicuisine is a wonderful blend of Persian (Iranian) cuisine Gujarati flavours, Maharashtrian, and British influences.
Parsi dishes reveal traces of their Persian past in its use of sweet dried fruit and nuts such as apricots and golden raisins, almonds, or Charoli seeds, and cashews. The most notable part about the Parsi cuisine in India is that it has evolved and separated from Persian cuisine to carve a distinct niche for itself.
Parsis love eggs, potatoes and meat! Meat dishes will have potatoes in the form of ‘salli’ and traditional khichdi and dhansak have lentils and meat.

Gujarat chief minister Vijay Rupani said, “The Iranshah Udvada Utsav is an initiative that was envisioned by our Hon’ble and beloved Prime Minster, Shri Narendra Modi because he too being from the great state of Gujarat, understands the wonderful impact the Parsis have had on the Indian community at large.”

Gujarat is gearing up for a Parsi festival, Iranshah Udvada Utsav, in the holy town of Udvada from December 27 to 29. The event is hosted by Foundation for Development, Udvada, Gujarat Tourism and Dr Cyrus S Poonawalla.

Lauding the Parsi community, he said, “It is important that we as a nation stand by our minorities like the Parsi Community who have given us so much of their dedication and have added respect to India’s reputation”.
Speaking about the event, Dasturji Khurshed Dastoor, High Priest of Iranshah Atash Behram, Udvada and Member (Zoroastrian) of National Commission for Minorities said, “The state government has even helped with the sea wall protection of our coastline as Udvada is on the seashore and planning to create a promenade on the sea shore, for the beautification of our Udvada beach.”

Udvada is the religious center point for Parsi Zoroastrians across the globe. Union minister Smriti Irani has also been instrumental in making the place a travel hub for Parsis.

IUU will be hosting many events like heritage walks through the by-lanes of Udvada, introducing a culture that has been infused in the town’s heritage homes and sculptures, the SOAS- MUYA Project 4D Yasna Experience – The 4D Goggle Experience created by SOAS Centre in United Kingdom for to a journey through the Yasna Prayer Ceremony of the Parsi Community, Cookery shows with Parsi delicacies, among others.