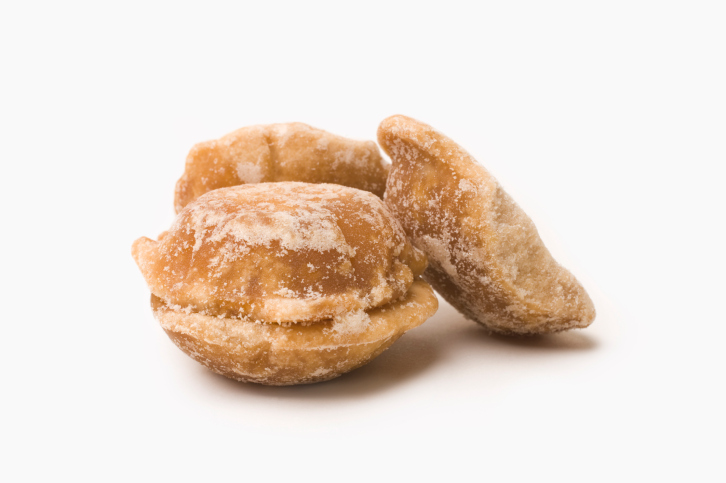 Unrefined sugar, found in solid or powdered form, used in desserts as a substitute for sugar. Its color varies from golden brown to dark brown. It is used in both sweet and savory dishes across India. It keeps your body warm and is great to ward off common cold and cough.

Jaggery is used as an ingredient in many Indian and Sri Lankan recipes. It is used very commonly in Gujarati cuisine. It is also used to make toffees, cakes and desserts. In earlier times, most Indians preferred to use jaggery instead of refined sugar. Even now its used commonly in rural households. In villages, the animals are fed with jaggery to boost energy, right after they give birth. It is also given to the cattle for a sweeter milk production.

2.Jaggery does not alter the blood sugar level and is therefore preferred over refined sugar in case of diabetes.

4.Jaggery is a very good cleansing agent, that pulls our dust and unwanted particles from the body. It cleans the respiratory tracts, lungs, stomach intestines and food pipe. It is for this reason that the jaggery consumption is recommended to people working in heavily polluted areas like coal mines or paint factories.

5.It is also a good digestive agent if had after a heavy meal.

6.Jaggery is rich in iron and helps anemic patients.

Did you know?
When the use of cement was not common as a building material, jaggery mixed with lime, sand and clay was used to interlock bricks.

[…] use a lot of white sugar or jaggery – unrefined cane or palm sugar depending on the dish in question. They also have three basic […]

I love jaggery based sweets and even tea during winter season!!

Deeksha, Yes, jaggery does absorb in the blood much easier and gives warmth. Great for the winter cold days.

Hi Guys my name is Alvin Fernandes. Currently staying in Mumbai (amchi Bombay).I know we bomboikars find it difficult to get fresh Goan black jaggery here. So I have started out supplying it. You can call me on 8691998619 anytime. I even do home delivery in Mumbai only, if the order is above 5 kilos. Retail price is Rs 160 per kilo..and Rs 150 above 5 kilos