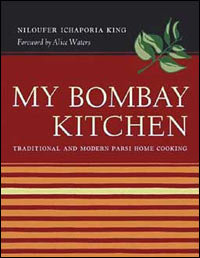 Mix the chilli, salt, turmeric and asafoetida together in a bowl.– In your spice grinder, grind the rest of the whole spices together. Mix the ground since with the chilli-salt mixture.– In a small pan, heat the sesame oil until it shimmers.– Take the oil off the heat and pour into the center of the ground spices. Mix together with a fork until the oil is swirled in thoroughly and the spice mix loses its powdery look.

When looking for sesame oil, make sure it is the untoasted variety, which is light in color. Don’t use the toasted variety as this will give the wrong flavor to the mix. If you are not able to find untoasted sesame oil, substitute a teaspoon of white sesame seeds, which can be ground with the whole spices, then add a little sunflower or peanut oil at the end of the mix..

METHOD In a heavy bottom pan or skillet, dry-roast (without oil) the coriander, bay leaves, both cumin seeds, red chillies, white poppy seeds, cinnamon, peppercorns, cloves, both cardamoms, caraway seeds and fenugreek seeds for a few minutes, just until you can see them start to toast. They mustn’t brown. Your nose is a good indicator for this. When you get the full aroma of roasted spice is when you turn off the heat. – Move off the heat and allow to cool.– Place mixture in a spice grinder along with the last four ingredients, and grind to powder.– Press the powder through a sieve.– Store in a tightly capped bottle in a cool dark place. Will keep for a while but will lose freshness and potency as it keeps..

How to Make Dhansak Masala

Grind all the ingredients together. Store in an airtight container.

Pound nutmegs into pieces. Put all spices in a small kadai or wok, and roast on medium flame. When aromas start being given off, switch off heat. Allow to cool, then powder spices in a grinder. Store in clean dry jars in cool place.