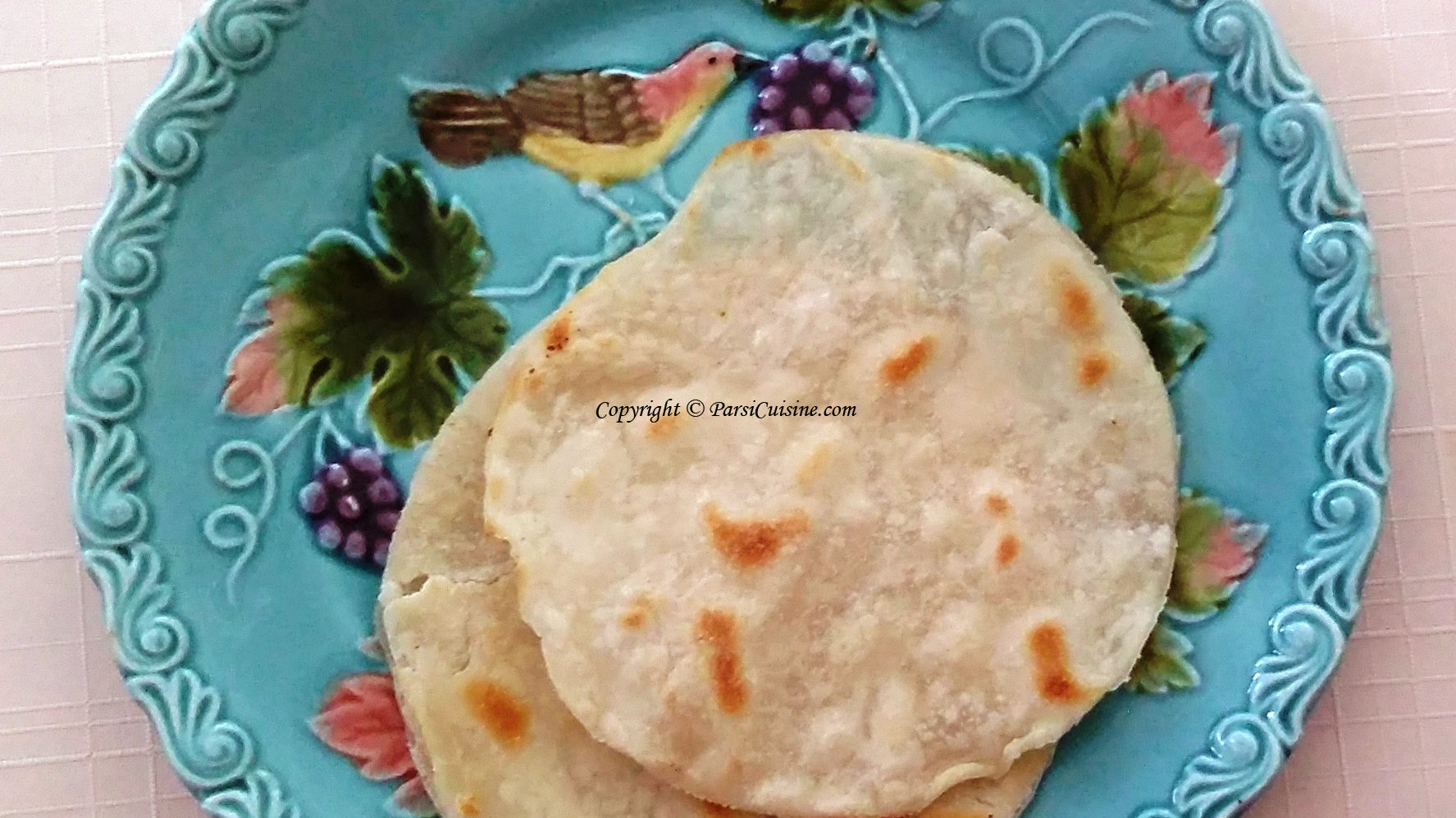 
Recipe tried and tested, translated from the Vividh Vani cookbook by Rita Kapadia

Chokha ni Rotli * or Rice Flour Rotli * is an age old bread enjoyed in India by the parsi community.

Yes, all rice (in its natural form) is gluten–free. This includes brown rice, white rice and wild rice. In this case, the “glutinous” term refers to the sticky nature of therice and not the gluten protein found in wheat, barley and rye. Rice is one of the most popular gluten–free grains for people with celiac disease.

The soft white rotlis are made with pure (Mill ground to number 1), a very fine ground rice flour and are very delicious to savor with meat dishes or spicy vegetables. In the rainy season they go well with the diet and are easy to digest.

How to make them is tricky, folks who make these do it so well one would think it is easy but no, it is not. I have seen the indian women and men make loads of this to serve for meals. Many people prefer white rice rotlis to the wheat ones for dietary reasons.

The trick is to knead the dough very well, the harder you knead the softer the rotli. So ladies and gentlemen get ready for some stress busting exercise with your palms and fingers!

I have translated this from the Vividh Vani Cookbook

There are 2 recipes for this Rotli. One is made with Milk and the other with Water. The milk rice rotli recipe will be coming up soon. Stay tuned.

There are 2 techniques for this Rotli. One is made with a normal dough process and second which is called “Khichi”.

In a large pot, boil rice flour, salt, and ghee.

Cover pot and keep for 1 minute to form the khichi.

Turn out onto your counter and dust the flour, knead to a smooth dough. These khichi rotli come out very soft, white and fluffy. Since the dough is semi-cooked the rotli will always be cooked thoroughly.

Proceed to make the rotli balls and rotlis as described above.

Note: Vividh Vani mentions using Rangoon Rice Flour, Mill Rice Flour, Patni Rice Flour which were products from the Eighteenth Century and an Bygone Era. Please use the best and fine ground rice flour you can locate. Here are some examples of the amazon products.

*Disclosure – “We are a participant in the Amazon Services LLC Associates Program, an affiliate advertising program designed to provide a means for us to earn fees by linking to Amazon.com and affiliated sites.”

Never made roti using rice flour, it looks so soft & beautiful and I will definitely try this.

I must try to make these one day