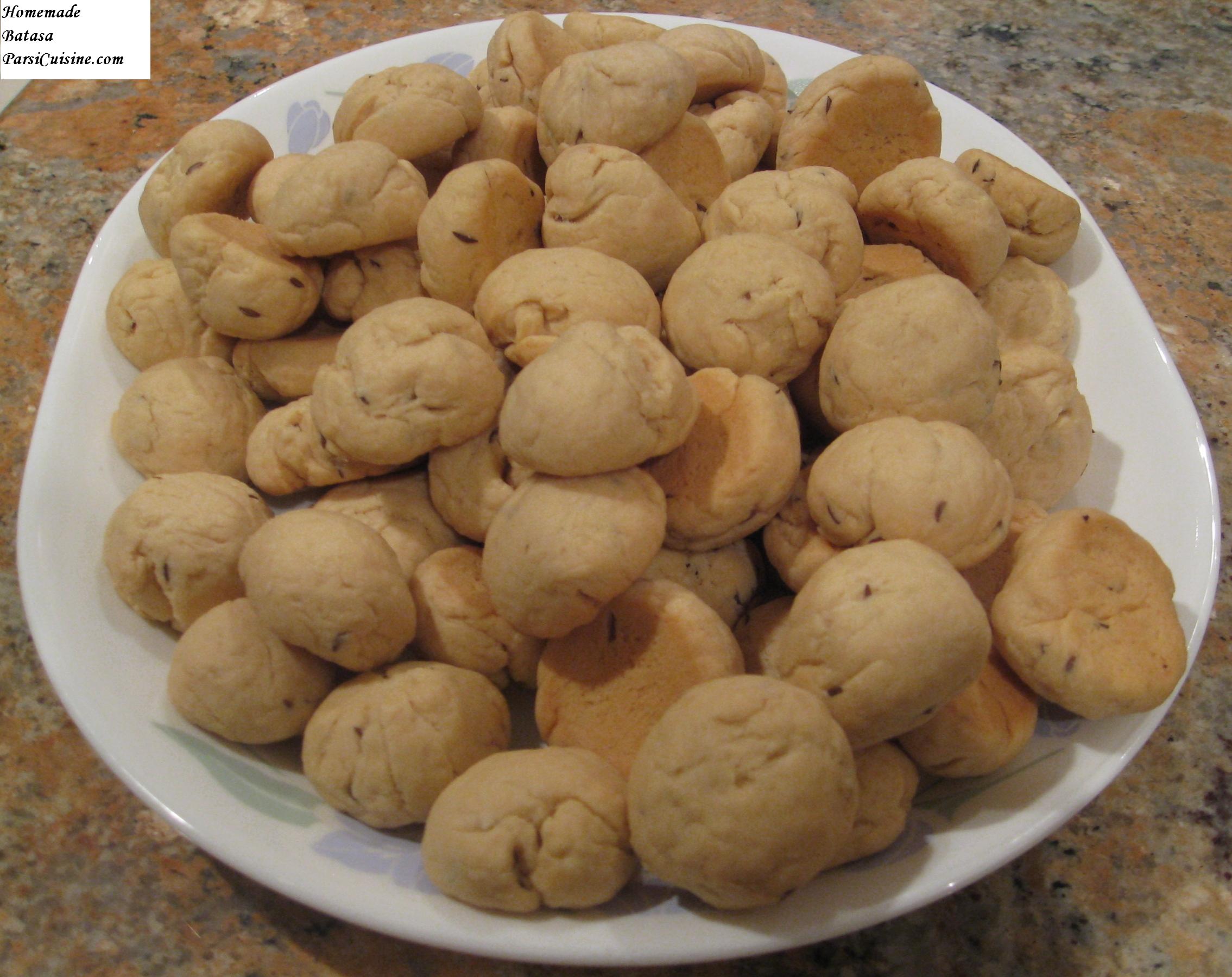 Is it true that the Dotivala family invented the famous Parsi Batasa ? How and when did this come about?

Yes, our forefathers were the inventors of the famous tea time biscuit popularly known as Batasa. It was in the early 1800’s when our forefather Mr. Faramji Pestonji Dotivala joined the Dutch Bakery set up by the Dutch Settlers here in Surat. These bakeries used to manufacture bread for the European population here who were settled for purpose of trading. Once the Dutch left Surat, they handed over the ovens to Faramji who started manufacturing and selling bread. But as the settlers’ started leaving Surat, the consumption of bread decreased. In those days the fermentation of bread was done using Toddy. The leftover bread never got spoilt as toddy was a natural fermenting agent. All that happened to those breads was that they lost moisture. The dried bread became a product to relish by the local people. Doctors too advised eating this dry bread when patient was sick. It was easy to digest. The demand slowly grew for this bread. Faramji then started drying this bread in the ovens to meet the demand. This gave birth to the popular Irani Biscuits which are still made and consumed regularly by our customers. The doctors started prescribing something more nutritious once the patients recovered. Faramji started adding more shortening (In those days Pure Ghee) to this biscuit. And made it more palatable by adding Caraway seeds for flavour. This gave birth to the famous Batasas of Surat. For about a century after Faramji invented the batasas, pure ghee was used as shortening.

How many generations and years?

My father Mr. Jamshed Peshotan Dotivala is the Fifth inline to own this business and I am the sixth in line. Exact year of inception is not known but we have been doing business in the current premises since the year 1861.

What were the guiding business principles which allowed the “Dotivala” bakery to maintain it’s leadership position and keep competitors at bay ?

Our forefathers had only one point principle while doing business and that was “Maintaining High Standards of Quality”. This ensured that our customers always got the best. Later on generations also concentrated on innovations. Bringing in new products and keeping up with new trends. Ethical and honest in our dealings, we have managed to survive six generation and God willing will continue further.

Over its long history did the product evolve to keep up with changing taste buds? Was this issue a major business decision?

Yes, the products have evolved a lot since they were first invented. And for our forefathers who were brought up with the old school of thoughts, it was a major business decision. With time the raw materials changed drastically and severe changes needed to be made. One such change was a shift from Pure Ghee to Vanaspati ( Hydrogenated Vegetable Oils). At that time my grand uncle could not shift easily as he felt he was giving a product of lesser quality. He continued to sell the products made with pure ghee at the prices of products made using Vanaspati. His competitors would sell and make profits while my grand uncle had to suffer losses. After a lot of persuasion by his brothers, he agreed to sell products made from vanaspati. But after the shift too, he made sure that the product was of high quality.

Family businesses seldom last beyond 3 generations. What did the Dotivala family do to maintain harmony and sustainability which indeed is a major business accomplishment?

Our family has always been a very united family. In the old days all the brothers and cousins lived together as a joint family. Went to the same school and later shifted to where ever their career took them. The main reason for survival of our business has always been the passion that our forefathers had to sell high quality products to our customers. There was a sense pride to own and run this business and every generation had one member of the family ready to take over the business.

Would you like to pass on some advice to Zoroastrian entrepreneurs who may be thinking of starting a new business?

Well, I am too young to advise anyone but for our industrious community who has always been an example of entrepreneurship, I would urge the young generation to pursue doing business. Let not the industrious spirit in us die. Our forefathers spent a lot of their energy in setting up businesses which can reach new heights with the infusion of new blood.

Zoroastrians and their roots – Parsi Cuisine

[…] day of my life to the carrier of the culture of a particular time and place. With every bite of my batasa, I was also consuming a piece of hybrid Parsi history; every mouthful of saas ni macchi would […]

[…] (meaning Butter) Biscuits are usually found in Udvada, Surat and Navsari towns in India. Dotivala Bakery in Surat, Hormazd Bakery in Udvada and Kayani Bakery in […]