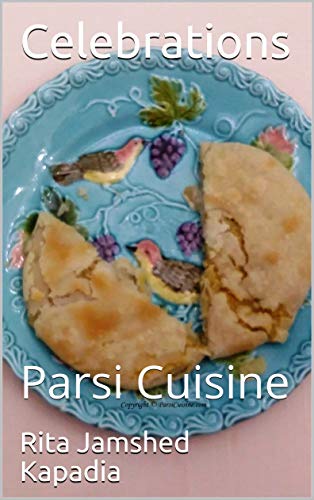 Ceremonies prior to the marriage

Rupiya Peravanu literally means gifting rupees in Gujarati language. This ceremony marks the unofficial engagement when both the families acknowledge the acceptance of the marriage alliance. On this day, ladies from the groom’s family pay a visit to the bride’s house. The bride is presented with a gift of silver coins with the usual sagan.

Refreshments are served and the grooms family return home. The bride’s family now adds more silver coins to those presented and go to the groom’s home, where this ceremony is repeated. Presents of silver coins are prepared by the ladies of both the bride and bridegroom’s families in the homes of the marrying parties, each group going to the other’s home. This betrothal is often performed quickly after a marriage is arranged.

The doorways of both the homes are decorated with flowers and chalk designs (colorful rangoli).The relevance of adravanu is fire (“adra” synonym fire). The theme is reflected by lighting a divo and the red color of the sari worn by the bride and red bangles gifted to the bride by the groom’s family.

Two lamps are lit, one in each of the homes of the marrying parties. Once again the ladies travel to the home of the other party and place a silver coin upon the lamp. It is at this occasion that formal gifts are exchanged. This includes the exchange of wedding rings.

The Madavsaro ceremony is done four days before the wedding. The families of the bride and the groom each plant a young tree in a pot, amidst recitation of prayers by the family priest and place this at the entrance of their individual homes. This is generally a mango plant and is treated as a symbol of fertility. The soil in which the tree is planted is mixed with flakes of three types of metals (usually gold, silver etc), paan (betel leaf), supari (betel nut), haldi (turmeric) and dry dates. The plant is watered every morning till the eighth day after the wedding and then transplanted elsewhere. Varadhvara are made fresh and served to the guests.

The Adarni ceremony is performed a day before the lagan (wedding). The third day before the wedding is regarded as the day for gift exchanging. On this day the groom’s family visits the bride’s home to present her with all the gifts like clothes and jewelry. The ritual is known as Adarni. The bride herself may also go over to the groom’s home for this tradition but the groom cannot do the same. The relatives, neighbors and friends are treated to a traditional meal of sev and yogurt / mitthu dahi, boiled eggs and bananas.

The Supra ni reet is similar to the Hindu mehndi-haldi ceremony and is organized a day before the wedding. Carrying out the tradition, four married women are given a supra each, containing auspicious items like paan, supari, haldi, dates and a piece of coconut. While singing ritual songs, these supras are exchanged seven times among the women cross-wise, length-wise and breadth-wise. A fifth lady sits in the middle with khalbatto and dry turmeric. After the four women finish passing the supras, all five join hands to beat the turmeric along with some milk in the pestle and this paste is applied by all to the groom and bride at their respective homes.

Before the marriage ceremony, the bride and groom go through the Nahan ritual. This is done for the purification of the body and soul wherein the dastoor of each family symbolically bathes and purifies the man and the woman by reciting prayers & making each of them drink the “taro” and eat a few pomegranate leaves. The tradition goes that after the Nahan ritual has been performed the bride and groom cannot touch any person outside the family or caste. The bride then dresses in her white ornate wedding saree given by her parents, while the groom wears the traditional Parsi dagli and pheta or pagri (black cap).

Auspicious days, such as new moon day or Hormazd, the first day of the Parsee month, are generally favoured for the wedding ceremony, coming on the fourth day of festivities. The first day of these is known as mândav-saro, when a twig of a tree, generally a mango-tree, is planted near the door, symbolic of a wish for fertility. This is followed by two Varadh-patra days when religious ceremonies in honour of the dead are performed.

With the marriage ceremony occurring in the evening of the fourth day the bride and bridegroom will have prior taken baths, known as nân. The marriage must be performed in front of an assembly of witnesses, the Parsi Marriage and divorce Act requires at least two witnesses as well as the priest.

The ceremonial dress of the Parsees is the Jâmâ-pichhoir of which the bride wears a white variety, with the bridegroom sporting the mark of a Kunkun on his forehead.

A few hours before the ceremony a procession forms carrying gifts to the bridegroom’s house, usually accompanied by music. It then turns to the house of the bride where, typically, the marriage occurs. The assembly, once seated, awaits the arrival of the groom who is greeted at the door by the mother of the bride. Here a fresh Kunkun mark is placed upon his head.

During the ceremony rice is often used as a good luck symbol, with the bride and groom sprinkling each other with cupfuls of rice. So as to remove any evil destined for the groom an egg is passed round his head three times then thrown to the ground and broken, destroying the evil with it. A similar ritual is then performed with a coconut, and then with a small tray of water which is thrown to the ground.

At a point during the evening the groom will dip his hand into a water-pot (var-behendoo) which was part of the dowry. Into this pot he drops a silver coin, as a mark of appreciation for the gift.

When the bride and groom take their seats the groom sits to the right of the bride and they both face east. Rice is placed on trays either side of the couple to be thrown while they recite their benedictions. Candles, fire being an important symbol in the Zoroastrian faith, are placed either side also. The couple is flanked by a pair of witnesses, usually married relations. A curtain of cloth separates the couple.

Two priests officiate. The couple is asked by the priests whether they consent to the marriage. He then joins their hands, a custom known as Hâthevârô, “hand-fastening”. The senior priest places the right hands of the couple into each other. Then a piece of cloth is passed round the chairs of both and tied together enclosing them in a circle. The priest then fastens, seven times, with raw twist their right hands which are grasped by each other. The prayer of Yatha Ahu Vairyo is recited throughout.

The curtain is then dropped and the couple throws rice over each other, the first to do so is said to “win”.

The senior priest then blesses the couple by saying:

May the Creator, the omniscient Lord, grant you a progeny of sons and grandsons, plenty of means to provide yourselves, heart-ravishing friendship, bodily strength, long life and an existence of 150 years!

Various questions are then asked to the bride, groom and witnesses. Once they have replied, affirming that they have entered into this with righteous mind the priest will recite admonitions and benedictions. Then the couple symbolically eat from the same dish, a rite known as Dahi-Koomro. At the close of the ceremony, as well as at several junctures prior, nuptial songs may be sung.

A wedding feast then occurs at which toasts are made to, God, the couple, the sacred fire temples, the guests and the host. Fish, a symbol of good luck, is served.

At the wedding venue, a stage is set for the couple and before they step on it a ritual called achumichu is performed with the groom first. Herein, the bride’s mother takes a tray with a raw egg, supari, rice, coconut, kharekh and water and begins the ceremony with her son-in-law to be. First, she takes the coconut and circles it around the groom’s head seven times before breaking it on the floor to his right. The same is done with every other item on the tray, except the water, which is thrown on either side. The bride then steps onto the stage for her future mother-in-law to perform the same ritual.

During the Ara Antar ceremony the couple is made to sit facing each other. However, a cloth is held between them, so they cannot see the other. Then, each of them is given rice. With a length of thread, the priests circle the couple on opposite sides of the curtain seven times and as the seventh round ends, the couple showers each other with the rice from over the curtain. It is believed that whoever throws the rice first will dominate the other partner!

At this point a ceremony called Chero Bandhvanu takes place. The couple sits besides each other with the seven strands of string binding them. The witnesses sit besides them and diyos or lighted lamps are placed on tables on either side. Priests begins an hour-long marriage prayers or aashirwaad and showering of rice and rose petals ceremony. At the end of the prayers the bride and groom exchange wedding rings. The priests now wish the couple the var and bairi. Fire from the agiary is brought to them to pay their respects.

Fun-filled ceremonies take place on the completion of the lagan. Groom’s sister-in-law begins extracting money from her new brother-in-law first haath borvanu. She makes the groom put his hand into a glass of water, which he cannot remove until he pays up. This if followed by pag dhovanu wherein the groom is threatened with milk on his shoes unless of course, he pays. Later, chero chorvanu ceremony takes place. Herein, the sister-in-law removes the seven strands of string binding the couple, again on payment. At the end of it all the newly wed couple pays a visit to the fire temple for blessings.

Parsi weddings are well known for their enormous catered feasts. Everyone enjoys as food, drink and music flows freely throughout the night. The traditional dinner is a lavish four-course (or more) meal.

The wedding day finally ends with the couple being escorted home by the bride’s family and the achumichu being performed once again by the groom’s mother for the newly wed couple in togetherness.

Welcome to Good food, Good health and a Good Life. This website has been established since 1999 for sharing recipes and enjoying cooking experiences. Most of the recipes are made and cooked in America. Since 1999, Rita Kapadia, founder of ParsiCuisine.com, has provided recipes, food news, health tips and articles on this website. Rita has published "Parsi Cuisine Manna of the 21st Century” Cookbook provides classical and regional recipes as well as an introduction to Indian Parsi Heritage, History, and Culture. Besides being a reliable reference, it also makes an ideal gift for your children and friends during holidays. Check out the other 11 mini cookbooks in the Parsi Cuisine Series.