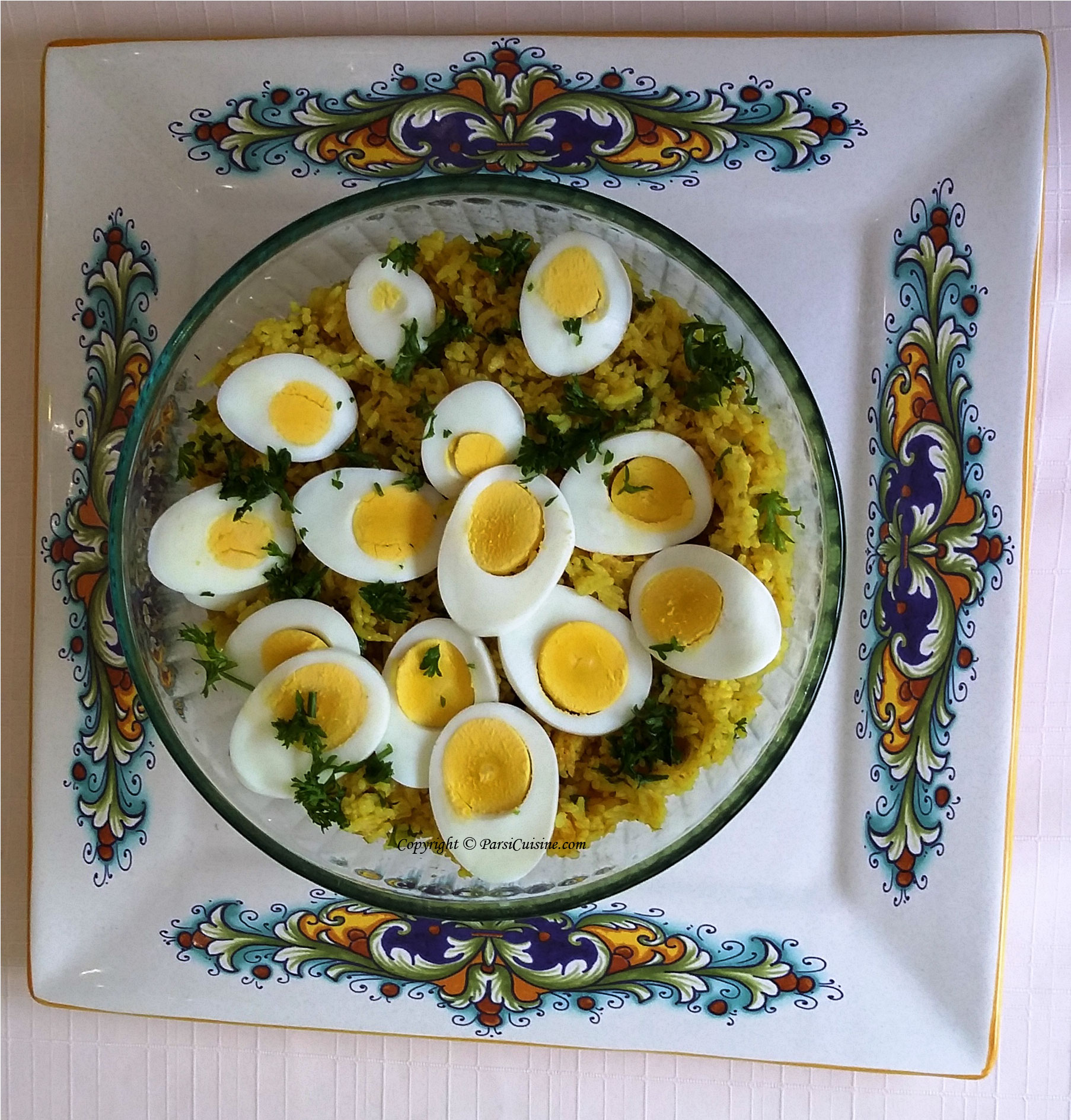 I just made this awesome dish for my cookbook club and it was a hit! Learnt the indian plain khichri is a european fav!

According to “Larousse Gastronomique”, what we call kedgeree originated from a concoction of spiced lentils, rice, fried onions and ginger known as khichiri dating back to the 14th century and eaten across India. The early colonists developed a taste for it, as it reminded them of nursery food.

The dish can be eaten hot or cold. Other fish can be used instead of haddock such as tuna or salmon, though that is not traditional.

In India, khichari is any of a large variety of legume-and-rice dishes. These dishes are made with a spice mixture designed for each recipe and either dry-toasted or fried in oil before inclusion. This dish moved to Victorian Britain and changed dramatically to the recipe described above.

Kedgeree is thought to have originated with the Indian rice-and-bean or rice-and-lentil dish khichri, traced back to 1340 or earlier. It is widely believed that the dish was brought to the United Kingdom by returning British colonials who had enjoyed it in Indiaand introduced it to the UK as a breakfast dish in Victorian times, part of the then fashionable Anglo-Indian cuisine.

The dish was listed as early as 1790 in the recipe book of Stephana Malcolm of Burnfoot, Dumfriesshire.

The National Trust for Scotland’s book The Scottish Kitchen by Christopher Trotter notes the Malcolm recipe and other old examples, expressing the belief that the dish was devised by Scottish regiments hankering for the tastes of India.

Hobson-Jobson cites Ibn Battuta (c. 1340) mentioning a dish of munj (moong) boiled with rice called kishrī and cites a recipe for khichri from Ain-i-Akbari (c. 1590). In Gujarat, where khichdi remains popular, the lentil and rice dish is usually served with kadhi, a spiced yogurt dish that can be mixed with the khichdi. Khichdi is usually not prepared with fish in Gujarat, although fish is sometimes eaten with khichdi in coastal villages where seafood is plentiful. According to Hobson-Jobson, while fish is eaten with kedgeree, the use of the term for “mess of re-cooked fish … is inaccurate”.